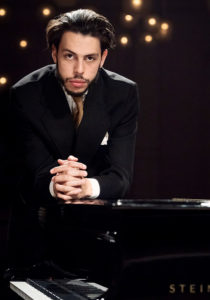 Dutch pianist Nicolas van Poucke is garnering praise for his individualistic and intelligent musicianship both as a soloist and chamber musician. In 2018 he gave a highly acclaimed Chopin recital in The Royal Concertgebouw Amsterdam after which he was dubbed “the young freethinker among Dutch pianists” in the Dutch press. 2019 saw the release of his second album featuring Chopin’s Sonatas No. 2 & 3, exclusively on vinyl and digital platforms. It received substantial attention in the Dutch newspapers, daily newspaper NRC Handelsblad writing: “Van Poucke brings out Chopin’s strong – sometimes even demonic – side, in a both virtuoso and sensitive manner”.

An accomplished chamber musician, he has worked with such artists as Colin Carr, Christiaan Bor, Claudio Bohorquez, Marie-Elisabeth Hecker, Godfried Hoogeveen, Gil Sharon, Andreas Reiner, Igor Roma and Pavel Vernikov. Together with violist Daniel Palmizio he has recorded Bach’s complete Gamba sonatas and Brahms’ Opus 120 which will be released on Zefir Records. Nicolas also has a long-standing duo with his sister, cellist Ella van Poucke, with whom he has recently performed Beethoven’s complete music for piano & cello in Het Concertgebouw Amsterdam and in Berlin.

Further highlights of his 19/20 season include recitals at the Oosterpoort Groningen and De Zeeuwse Concertzaal Middelburg, his debut at the prestigious NTR Zaterdagmatinee series in The Concertgebouw as well as several orchestral engagements and piano duo performances with Thomas Beijer in Het Concertgebouw Amsterdam and in the Muziekcentrum van de Omroep Hilversum.

Nicolas studied with David Kuyken and Jan Wijn at the Conservatory of Amsterdam and has also been mentored by Murray Perahia, Martha Argerich and Alfred Brendel. 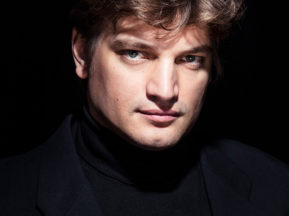 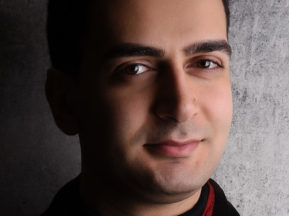